JOIN US FOR OUR EXMOOR SAFARI EXPERIENCE

We are the original Land Rover Discovery Safari. Come and enjoy an Exmoor Safari in our vehicle which has the legendary off road ability of a Land Rover, combined with the comfort of a luxury car.

As we believe you should enjoy your safari in comfort we use a Land Rover Discovery rather than the Land Rover Defenders used by most operators. The Discovery has a softer suspension than the defender giving a smoother ride, there is more seating space per person so you will not be cramped, (a problem with the Defender), the seats are softer and the windows are larger than the Defender. Our vehicle has air conditioning so you can relax in a pleasant environment even in extreme weather conditions. Soft suspension, comfortable seats, good leg room and great visibility will all ensure a perfect journey with us.

Each Exmoor Safari passenger has their own individual seat and we limit passengers to a maximum of 6 people so you wil have plenty of room, unlike some other operators who will take more. 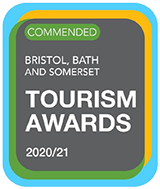 Andrew Turner is the guide for all the tours, he is a local Exmoor man who is Somerset born and bred and grew up on Exmoor.

His family have lived on Exmoor for over 200 years over many generations and used to farm here.

Andrew will use his local knowledge and experience gained from a lifetime on Exmoor, to ensure you have the best chance of seeing the diverse wildlife that Exmoor has to offer, including the elusive Wild Red Deer and Exmoor Ponies and also get you the best vantage points to enjoy the scenery. Andrew has a great interest in local history and will pass on to you the knowledge he has gained from local people and from reading extensively on the subject.

We also offer a guide service to groups of up to 52 on walking tours, mini buses and coaches etc.

On your Exmoor Safari we will ford Exmoors famous rivers and we will endeavour to find the wild Red Deer and Exmoor Ponies along with other wildlife including Buzzards, Kestrels, Herons, Kingfishers, Foxes & Hares.

View the panoramic scenery that Exmoor has to offer, including the rugged coastline, steeply sloping combes, covered in ancient woodland, the fast flowing rivers and the heathered moors. Wonder at the ancient Bronze Age settlements with their Cairns, Barrows and Standing Stones and learn about them from your guide. Also see the packhorse & ancient bridges along with the medieval villages.

Learn about the geology and the formation of the Exmoor landscape. Discover Exmoor’s history and its local customs. Hear tales of the moor including the famous Lorna Doone story and learn about local, farming practises from your guide-someone whoe has actually worked on many farms on Exmoor!

We travel much further than other operators (at least twice as far as some!) which will allow you to see much more of Exmoor and will give you a greater chance of seeing the wildlife. We have EXCLUSIVE ACCESS to private land allowing you the chance to see more of the incredible wildlife.

Want the latest news from Exmoor and exclusive offers?

You have Successfully Subscribed!

See what we’ve been up to

7 DAYS A WEEK. ALL YEAR ROUND…

Our standard safaris operate all year round and depart from many villages across Exmoor.

Lasting 3.5 – 4 hours, the majority of the safari takes place in the vehicles with stopping off points where participants can get out if desired. However no walking is required on this tour.

During the Autumn we also run Deer Rut Safaris. These depart ONLY from Wheddon Cross and last 2.5 hours. These Safaris involve watching deer during the mating season and trying to get close to the big Stags which are difficult to see outside of the rut.

The Deer Rut Safaris involve an early morning start. We try several different locations during the morning accesed in the vehicle, but some walking may be involved in order to get close to the deer. Participants of this tour MUST be able to walk at least half a mile over steep uneven ground. For this reason it is advisable that participants wear wellington boots or walking boots and bring a warm waterproof jacket and hat with them on the safari.

We run photographers safaris all year round. These are specially designed to give you the best opportunities to photograph the wildlife and scenery on Exmoor. We can adapt these to suit your particular requirements. Go to our gift page to see a sample of the types of photographs it is possible to take an Exmoor. Contact us for further details.

We are fully licensed by the local council to carry 6 passengers and we are fully insured.

There are safari operators who are not licensed. Licenced operators will display a private hire plate on their vehicle. Unlicensed operators will not have been checked and approved by the local authority. Therefore their drivers will not have had a CRB check for any criminal record, no medical check to ensure they are fit to drive, there will have been no check to ensure they have a current driving license, no check to make sure they are fully insured and no regular vehicle safety tests. Red Stag Safaris is fully licensed for private hire by Taunton and Somerset West Council.

If operators do not mention licensing THEY ARE PROBABLY NOT LICENSED.